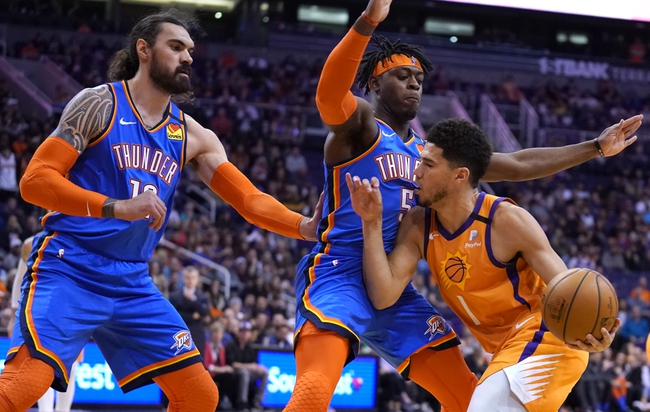 After watching the Robinhooder's and a few pros slam down their wagers on the streaking Suns the line has moved in a direction that is just a bit inflated. I know Phoenix has played great ball, and that the Thunder are short handed to a degree, but Im confident that the Thunder matchup well here getting points. Note: The Suns have not won 6 games in a row since 2014, and getting a victory here will not come as easily as some anticipate.

OKLAHOMA CITY is 8-1 straight up against PHOENIX over the last 3 seasons.