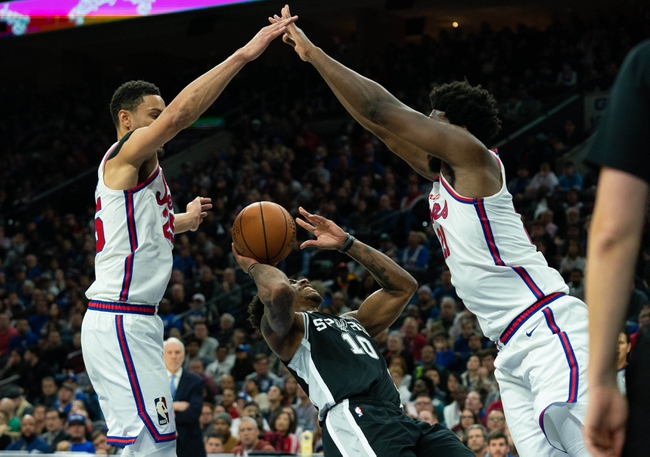 The 76ers are built to control the glass and rank the second-  in rebounding the league while the Spurs rank 20th. The 76ers have a huge advantage  which Im betting will see Embiid to  own the paint and offensive rebounding numbers as he wont have to deal with  LaMarcus Aldridge blocking prowess.

NBA team (PHILADELPHIA) - after going over the total by more than 6 points in five consecutive games, in non-conference games are 74-36 L/24 seasons for a 67% conversion rate for bettors.

Play on Philadelphia 76ers to cover