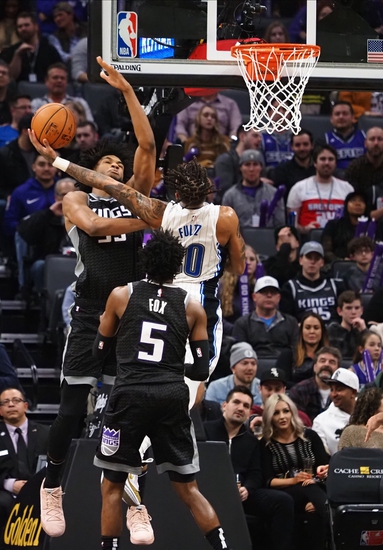 Orlando, did a run and gun job on the Nets last time out byt no one played more than 26 minutes and they will be ready to run and gun again vs a Sacramento side, that  lost  129-120, despite 39 points from De'Aaron Fox. Today Im betting Fox continues his hot hand, and for the Magics array of young shooters to once again rain down some terror in what Im betting will be a back and forth affair.

NBATeams like the Kings are 18-1 OVER L/19 on the road with less than two days rest off a loss as a favorite facing an opponent averaging less than 58 ppg from 2-point range with a combined average of 237.1 ppg scored.