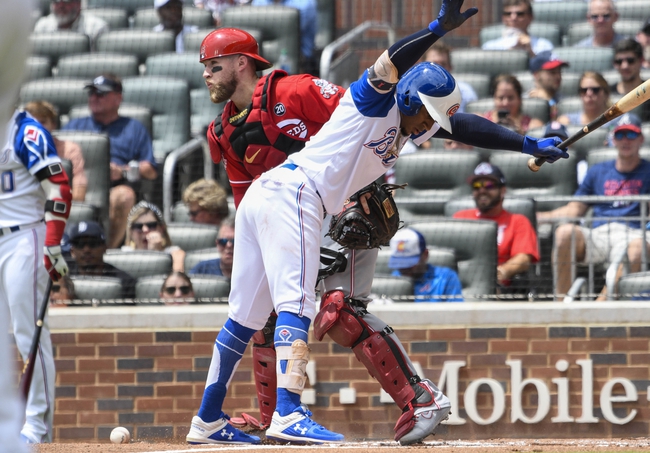 Reds starter BAUER is 3-10  against the money line when working on 5 or 6 days rest over the last 2 seasons. (Team's Record)

ATLANTA is 16-2  against the money line after scoring 2 runs or less this season.(Which was the case in their L/reg season game)

)MLB  Road underdogs with a money line of +100 or higher (CINCINNATI) - after 5 straight games where they stranded 7 or less runners on base, with a tired bullpen - after 3 straight games throwing 4+ innings are 6-36 L/5 seasons for a go against 86% conversion rate for bettors.

Play on Atlanta to win