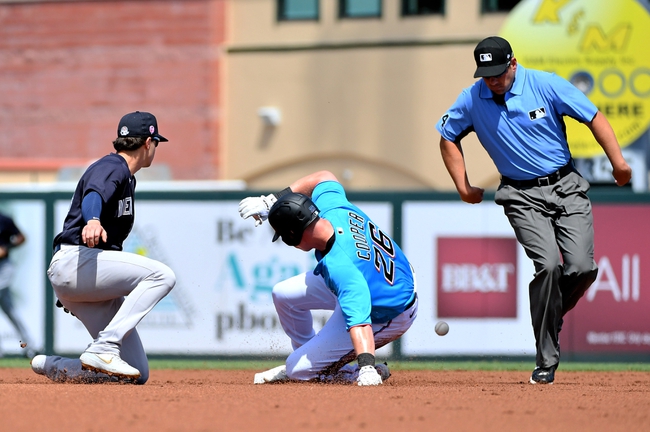 J.A. Happ---(LHP)2-2, 3.25 ERA, 39 SO----Happ has been one of the Majors’ best pitchers over his last six starts, working to a 1.93 ERA with 36 strikeouts against five walks over 37 1/3 innings. Happ fired eight scoreless innings against the Red Sox in his last start, scattering four hits.Meanwhile,Marlins starter Sandy Alcantara-(RHP)3-2, 3.12 ERA, 30 SO---Alcantara has stepped up in September with a 2-1 record with a 2.25 ERA. He will make his seventh start of the season, and it will have big playoff implications. On the road this year, he is 2-0 with a 1.42 ERA.Both thse pitchers Im betting will go long today in. tilt that favors an under wager.

ALCANTARA is 8-0 UNDER  in road games vs teams who strand 6.9 or less runners on base per game over the last 3 seasons. (Team's Record) with a combined average of 5 rpg scored.