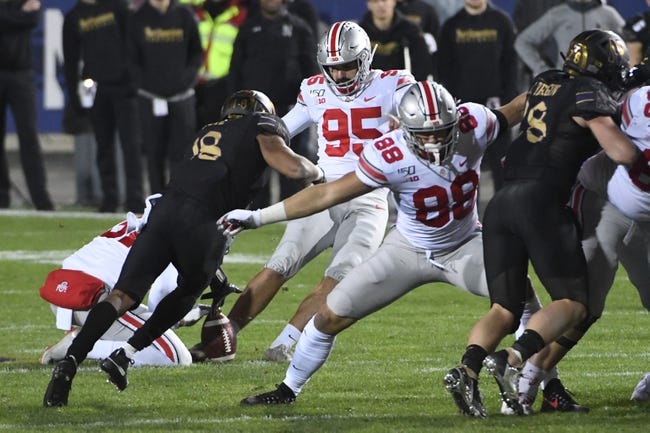 The Buckeyes (5-0, 5-0 Big Ten) are looking to cement their spot in the College Football Playoff despite critics contending they haven't played enough games and weren't impressive when they did play.  Northwestern (6-1, 6-1) knows the odds are against it, just as they were in the 2018 conference title game, which the Buckeyes won 45-24. This time around I like the chances of Northwestern being a little more competetive after a season that saw them see a  9  PPG  increase on offense and 9 less PPG on defense from last season.  Note: Underdogs in Big Ten conference title game is 7-1 ATS all-time. Fitzgerald is 13-2 ATS after covering the spread in 5 or 6 out of their last 7 games as the coach of NORTHWESTERN.  Fitzgerald is 20-6 ATS  in road games versus good offensive teams - averaging 5.9 or more  yards/play as the coach of NORTHWESTERN.Play on Northwestern to cover