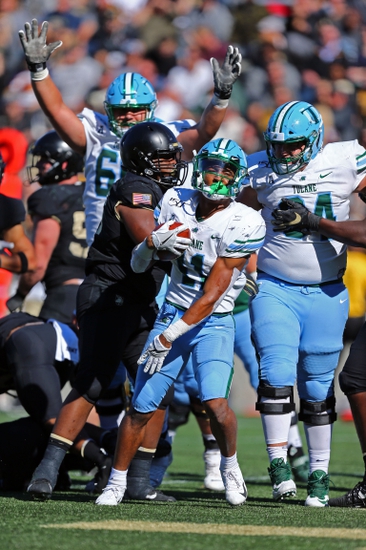 Armys offense is churning out  5.5 yards per carry in their games against FBS opponents and today Im betting that attack will remain in top gear against a Tulane run unit that has been stringent , but has yet to face a dangerous  triple option. Army is 39th in the country in rushing success and sixth in power success this season. On  the flipside Black Knight run D, is one of the top units in the nation allowing just 3.4 ypc ranking sixth nationally in defensive rushing success. Tulane can move the chains on the ground, but this kind of smash mouth stopping unit can make opponents dizzy. Advantage Army.