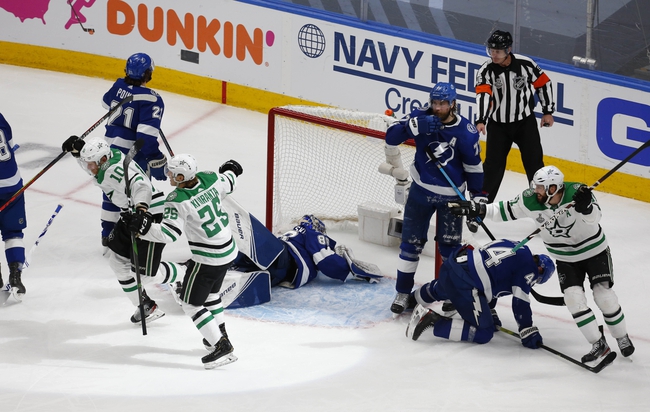 The good news for Dallas, however, was the lesson learned from Saturday's game. After clinging by their collective fingernails in the first overtime, the Stars were every bit as good as the Lightning in the second OT. They earned their win because they were more aggressive instead of sitting back and letting Tampa Bay carry the play.

There was one bit of news regarding the Lightning on Sunday. Cooper said captain Steven Stamkos won't play any more during the series. Stamkos returned for Game 4, his first game in seven months after requiring core muscle surgery. He scored a goal, but didn't take a shift after the first period.