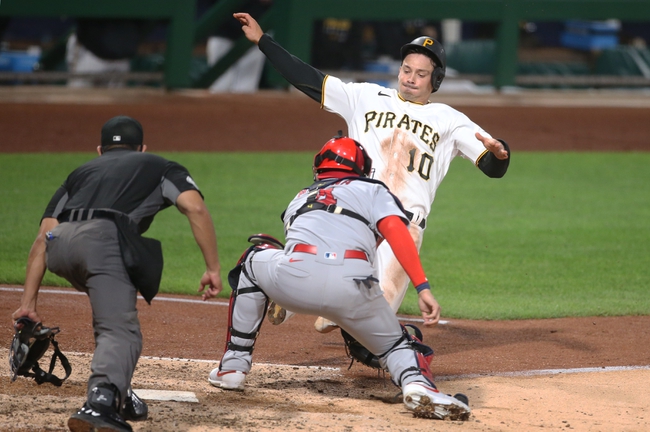 Ponce de Leon will be pitching on three days' rest after he gave up two runs and four hits, with nine strikeouts, in six innings Monday against Milwaukee. He is 0-1 with a 4.85 ERA in five career games, three of them starts, against the Pirates.

Kuhl has not had a smooth return after missing 2019 following Tommy John surgery. In his most recent outing, Sunday at Kansas City, he got knocked around for nine runs on four hits and six walks, although he struck out five in his 2 1/3 innings.

Kuhl revealed he was dealing with a cuticle abrasion on his right index finger that on Sunday left him with "no fastball command."