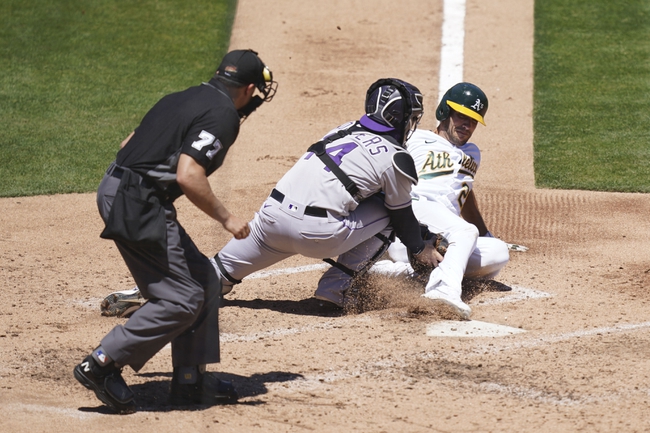 Oakland will send left-hander Sean Manaea (4-2, 4.46 ERA) in the first of two games in Denver. The Rockies counter with righty Antonio Senzatela (3-2, 3.69 ERA) in what they hope will be the start of a late surge to a playoff spot.

Manaea's ERA belies how he has pitched lately. In his last four starts, Manaea is 4-0 with a 1.61 ERA and is making a strong case to be Oakland's starter in the first game of the postseason should the team secure a playoff berth.

Third baseman Matt Chapman said Tuesday he is going to have season-ending hip surgery to repair a torn labrum. Chapman hasn't played since Sept. 6 when he left a game with the injury.

Oakland might also be without outfielder Stephen Piscotty, who suffered a sprained knee in the first game on Monday.

On the other side, this is a Rockies team that simply can't get a key hit in big spots.

I think this total is a little too high.