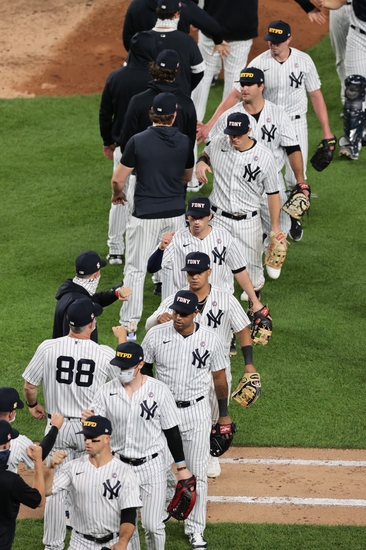 Montgomery (2-2, 5.72 ERA) is 0-1 with a 6.40 ERA in his last four starts since beating Atlanta on Aug. 11. He allowed four runs while getting two outs against the Tampa Bay Rays on Sept. 1 at Yankee Stadium and then allowed two runs while laboring through 3 1/3 innings when the Yankees took a 12-7 loss at Toronto.

Dean Kremer (1-0, 1.50) followed Akin Sunday in Baltimore, when he allowed one run on one hit in six innings in his major league debut. He retired 12 straight hitters and became the fourth pitcher in team history to pitch at least six innings and allow one hit or less in his debut.