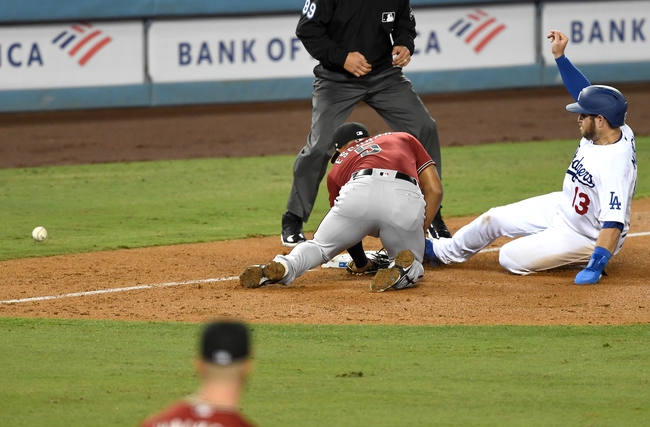 The Dodgers were lucky to escape with a win last night, with just one hit entering the ninth inning before Mookie Betts tied it up wit a homer.  We still cashed our run line ticket but we had to sweat a little. The Diamondbacks have actually had some success against Kershaw, tagging him for more homers than any other team except the Rockies.

With Cody Bellinger out of the lineup the Dodgers potent line-up is a little weaker.

I expect Weaver to be more aggressive in the strike zone than he was in his last outing against the Giants where he had plenty of chances to shut them down but nibbled too much.