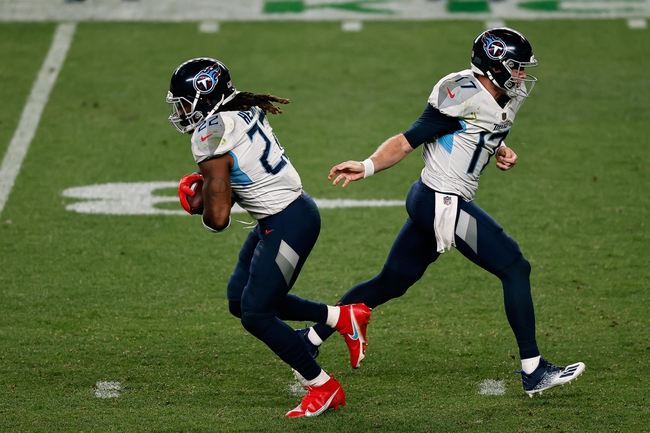 The Buffalo Bills head down to Nashville where they will take on the Tennessee Titans at Nissan Stadium on Tuesday evening. Both the Bills and the Titans head into Tuesday's game undefeated. Currently, the Bills rank out 20th in the league in rush defense effiecency in 2020 and the Titans rank 22nd in the same category. With the extra rest, the expectation should once again be a heavy dose of Derrick Henry against the Bills. Henry had 26 carries for 119 yards and 2 touchdowns in the previous game on the road in Minneapolis. Even with a ton of production on the shoulders of Derrick Henry, QB Ryan Tannehill has thrown for at least 239 yards in each game including 321 yards against the Vikings in the big comeback. On the other side, not surprising the Bills won the first 2 games against the Jets and the Dolphins. More impressive was holding off the Rams and then going on the road and taking care of business against the Raiders in week 4. Great move by the Bills to pickup Stephon Diggs from the Vikings for QB Josh Allen as the 2 hooked up for 6 completions and 115 yards against the Raiders in week 4. Tuesday's matchup should be very competitive and I think the Titans cover at home.