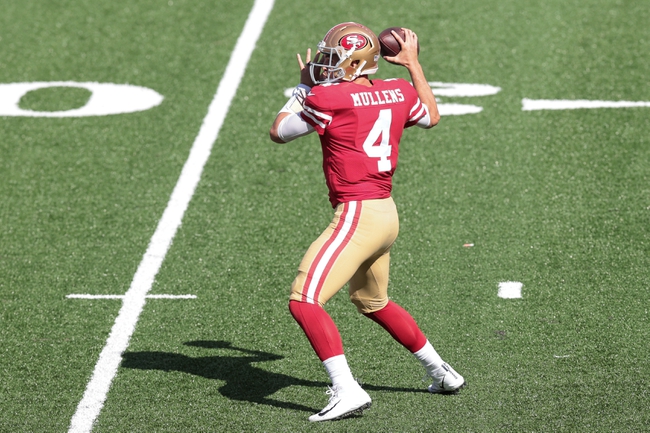 The Philadelphia Eagles head west to take on the San Francisco 49ers at Levi's Stadium for a primetime match up on Sunday night. The Eagles have a few key injuries, but QB Carson Wentz has struggled big time here in 2020. The Eagles are missing key receivers such as Alshon Jeffery and DeSean Jackson to injury at the moment as well as TE Dallas Goedert. Miles Sanders did have a good week on the ground for Eagles against the Bengals in Week 3, but still it wasn't enough to capture a win. The Eagles secondary is very poor, but the run defense isn't all bad. Meanwhile, the 49ers have a ton of injuries heading into Sunday night's game. Starting QB Jimmie Garoppolo is likely not going to play Sunday so Nick Mullens will be up again. Despite all of the injuries on both sides of the ball for the 49ers, they still put up 36 points on the woeful Giants and only allowed 9 points. Rookie WE Brandon Aiyuk caught 5 passes for 70 yards and honestly Mullens spread the targets around very well against the Giants. The Eagles need a win now to stay in contention, but I think San Francisco will still be too much even with all of the injuries. Lay the points with the 49ers,