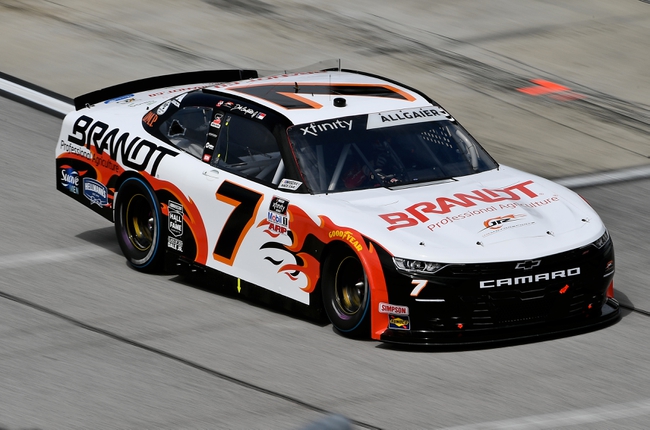 Virginia is for Racing Lovers 250

Purchase any of the following packages to unlock.

1 Week Pass
Get all of Jeff's picks for 1 week in this 7 day pass. Jeter has you covered on the NFL, NBA, NHL, MLB, NCAAF, NCAAB, and NASCAR of course. Hop on board, and let's build that bankroll.

3 Day Pass
NASCAR isn't slowing down, and neither is Jeff Jeter. Take a spin in Jeter's 3 day pass, and get all of best NASCAR plays for the weekend. Jeff has you covered from the drop of the green flag to checkers, and we hope to see you in victory lane with his picks.

1 Month Pass
Gain access to all of Jeter's premium plays for 1 month. You will get all of Jeter's best bets in the NFL, NBA, NHL, MLB, NCAAF, NCAAB, and you know it NASCAR of course. Take advantage of this deal right away, and you stack the monies.

1 Year Pass
Gain access to all of Jeter's picks for the next 365 days. Included are picks for NFL, NBA, NHL, MLB, NCAAF, NCCAB and of course NASCAR. Don't delay, and get in on the mega deal here from Jeff, and start stacking that cash.

to February 08, 2021
Hop in and get access to all of my NFL top plays each week, including the playoffs. Hurry now and jump in on this deal. Let's go profit big time this NFL season.

to November 08, 2020
Get all of Jeter's NASCAR picks through the entire 2020 playoffs for all three major series. From the short tracks, to the ROVAL, to Talladega, Jeter will have it covered. Be ready to cash in week as the NASCAR circuit closes in on crowning the champions in Phoenix.
Previous Pick
NASCAR Xfinity Series Bankroll Builder Play
Next Pick
Nascar Saturday Night CASH (Richmond) *14-6 Last 20!*