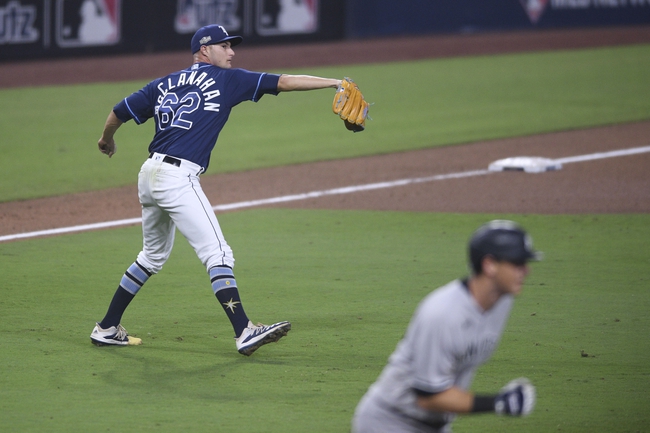 The New York Yankees will take on the Tampa Bay Rays in game 2 of the series on Tuesday. The Rays will look to tie the series at a game a piece on Tuesday after getting rocked 9-3 on Monday night. Deivi Garcia (3-2 ERA: 4.98) will take the mound for the Yankees while Tyler Glasnow  (6-1 ERA: 3.98) gets the nod for the Rays. Deivi Garcia has won 2 of the last 3 starts but only because the Yankees bats. Garcia has given up at least 3 earned runs in the last 3 starts and has yet to have a game with a WHIP under 1.0. Meanwhile, Tyler Glasnow for Tampa has won 3 of his last starts, not giving up more than 2 earned runs in each of those starts. Glasnow has struck out at least 8 in the last 3 and does not have a game with a WHIP over 1.20. Glasnow faced the Yankees 3 times in the regular season the total going over 2 out of 3 games. Take the over in the Yankees/ Rays game.