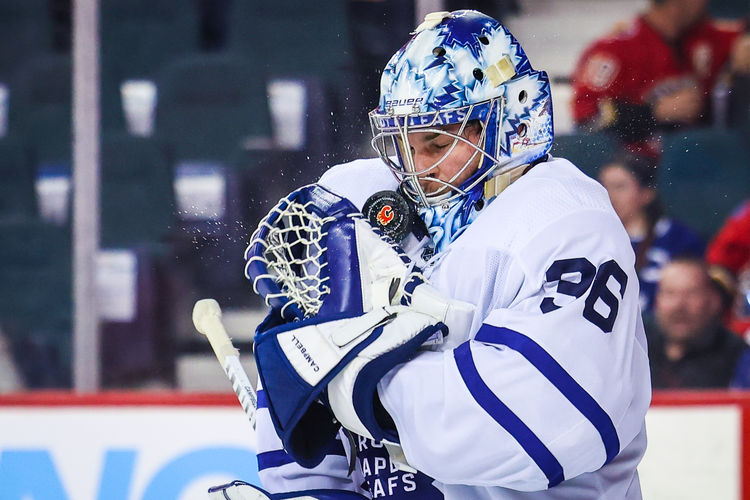 The Vancouver Canucks come into this road contest with an overall record of 21-21-6. Through 48 games, the Canucks are 6th in the Pacific Division. On the season, they have found the net 123 times, good for a rank of 23rd among NHL teams.Heading into the game, Vancouver is the 14th ranked defensive team, allowing opponents to score at an average of 2.71 goals per game. So far, the Canucks have a strength of schedule rating of 16th in the league. When diving into their opponent-adjusted scoring margin, they come into this game as the 20th ranked team in the NHL.

The Toronto Maple Leafs get set to host the Vancouver Canucks with an overall record of 30-11-3. This mark places them 3rd in the Atlantic division. Through 44 games, the Maple Leafs have scored 159 goals, giving them an average of 3.57. This output gives them a rank of 7th among NHL teams. On defense, they are the 4th ranked unit, giving up 2.7 goals per contest. So far, they have played the 12th toughest schedule in the league. And, when taking into account their scoring margin relative to the quality of their competition, they come in with a power ranking of 5th in the NHL.

Through 46 games, the Vancouver Canucks' goal and overall scoring leader is J.T. Miller with 46 points. He has reached his mark of 16 goals, on a shooting percentage of 14.2%. So far, 31.0% of his goals have come during power play time. Behind him is Quinn Hughes, who has 32 assists to go along with his two goals. While on the ice, his offensive production has led to a plus-minus rating of +10.0. Vancouver's top goalie is Thatcher Demko, who is giving up an average of 2.55 goals per game. In his 36 games played, he has turned in 20 quality starts, giving him a quality start percentage above the league average.

Through 41 games, the Toronto Maple Leafs's goal and overall scoring leader is Auston Matthews with 54 points. He has reached his mark of 31 goals, on a shooting percentage of 16.5%. So far, 35.0% of his goals have come during power play time. Behind him is John Tavares, who has 26 assists to go along with his 17 goals. However, when on the ice the Maple Leafs are -1 in scoring differential. Toronto's top goalie is Jack Campbell, who is giving up an average of 2.39 goals per game. In his 33 games played, he has turned in 21 quality starts, giving him a quality start percentage above the league average.

In Toronto's 44 games, they have an above .500 record against the spread, going 28-14. So far, the Maple Leafs have been a good bet at home as they have covered in 16 of their 21 games at Scotiabank Arena. On the season, the Toronto Maple Leafs have a per-game scoring differential of 0.89. Even when playing on the road, the team is winning games by an averge margin of 0.64 goals. Heading into their game with the Toronto Maple Leafs, the Maple Leafs have a 4-1 record over their past five contests. In these games, they have scored 26 goals, accounting for 60.0% of the overall scoring. A key to this recent success is that they have outscored their usual output of 3.57 goals per game four times. Look for the Maple Leafs to stay hot, picking up a home win over Vancouver.