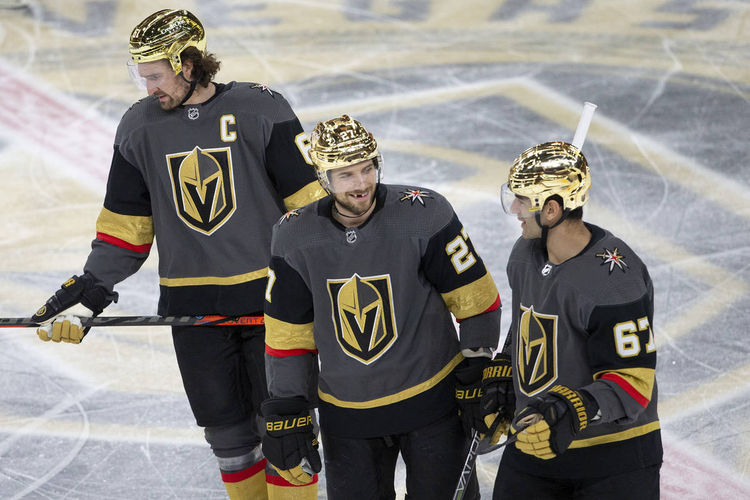 The Vegas Golden Knights come into this road contest with an overall record of 27-16-3. Through 46 games, the Golden Knights are 1st in the Pacific Division. On the season, they have found the net 158 times, good for a rank of 4th among NHL teams. Heading into the game, Vegas is the 18th ranked defensive team, allowing opponents to score at an average rate of 2.96 goals per game. So far, the Golden Knights have a strength of schedule rating of 11th in the league. When diving into their opponent-adjusted scoring margin, they come into this game as the 9th ranked team in the NHL.

The Calgary Flames get set to host the Vegas Golden Knights with an overall record of 23-13-6. This mark places them 4th in the Pacific division. Through 42 games, the Flames have scored 136 goals, giving them an average of 3.19. This output gives them a rank of 15th among NHL teams. On defense, they are the 2nd ranked unit, giving up 2.48 goals per contest. So far, they have played the 21st toughest schedule in the league. And, when taking into account their scoring margin relative to the quality of their competition, they come in with a power ranking of 7th in the NHL.

Through 46 games, Vegas' leading goal scorer is Jonathan Marchessault. With his 12 goals, he is the second in overall points, coming in at 32. On the season, he is turning 14.6% of his shots into goals. In addition, the Golden Knights have benefited from the strong play of Chandler Stephenson, who is the Golden Knights overall leader in points. In Vegas' 46 games, he has come up with 12 goals on a shooting percentage of 19.0%. While on the ice, his offensive production has led to a plus-minus rating of +3.0. Vegas' top goalie is Robin Lehner, who is giving up an average of 2.76 goals per game. In his 33 games, he has come up with a quality start just 45 percent of the time.

Coming into this game, the Calgary Flames leader in points is Johnny Gaudreau. In Calgary's 42 games, he has provided 18 goals and 36 assists. He has scored his goals on a shooting percentage of 12.1%.Calgary's top goalscorer is Andrew Mangiapane. Of his 20 goals, 30.0% have come during power play time. While on the ice, his offensive production has led to a plus-minus rating of +30. Calgary's top goalie is Jacob Markstrom, who is giving up an average of 2.2 goals per game. In his 33 games played, he has turned in 18 quality starts, giving him a quality start percentage above the league average.

In Vegas's 46 games, they have an above .500 record against the spread, going 23-19. So far, the Golden Knights have been a good bet on the road as they have covered in 10 of their 17 road games. On the season, the Vegas Golden Knights have a per-game scoring differential of 0.46. On the other side, Calgary has also covered the spread in over half of their games. However, they have been an ATS record at home of just 6-8. In 5 on 5 situations, the Vegas Golden Knights have a shooting percentage of 8.3%, placing them above the league average. Their shooting efficiency is a key reason for their offensive success as they are also generating 5 on 5 scoring chances at an above-average rate. I recommend taking the Golden Knights at +170.