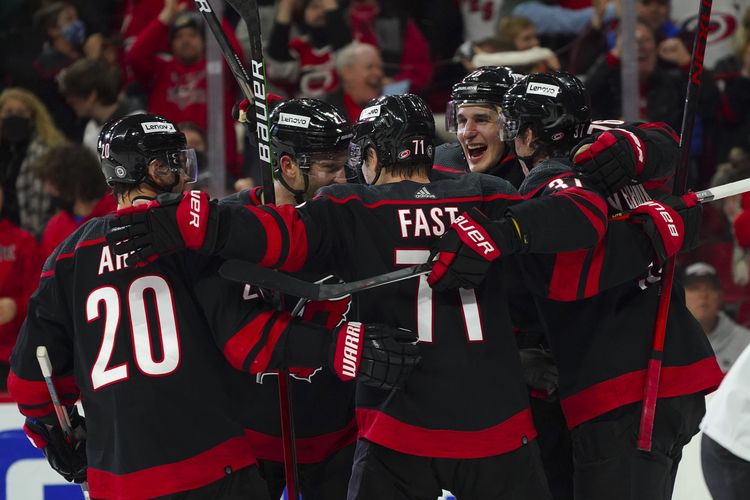 The Carolina Hurricanes come into this road contest with an overall record of 31-9-2, good for the top spot in the Metropolitan Division. On the season, Carolina have found the net 147 times, good for a rank of 10th among NHL teams. Heading into the game, Carolina is the top-ranked defensive team, allowing opponents to score at an average rate of 2.33 goals per game. So far, the Hurricanes have played the easiest schedule in the league.

The Toronto Maple Leafs get set to host the Carolina Hurricanes with an overall record of 29-10-3, a mark that places them 3rd in the NHL'd Atlantic division.

Through 42 games, the Maple Leafs have scored 153 goals, giving them an average of 3.6. This output gives them a rank of 7th among NHL teams. On defense, the Leafs are the 4th ranked unit, giving up 2.64 goals per contest. So far, Toronto have played the 22nd toughest schedule in the league.

In Toronto's 42 games, they have an above .500 record against the spread, going 27-13. So far, the Maple Leafs have been a good bet at home as they have covered in 15 of their 20 games at Scotiabank Arena. Heading into this game, the Toronto Maple Leafs are the winners of their last five games. During this stretch, Toronto have scored 27 goals, accounting for 68.0% of the scoring in these contests. A key to this recent success is the fact that the Maple Leafs have outscored their usual output of 3.6 goals per game four times. Look for the Maple Leafs to not only continue their winning streak but also to cover the spread.