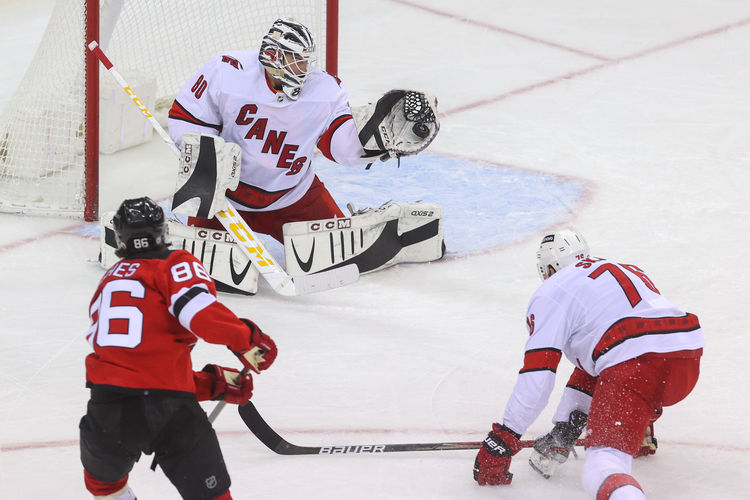 There are eight games on the schedule on Tuesday, January 25th, 2022 in the NHL. Let's take a look at each game and make some picks as well.

We have two teams at the bottom of the Eastern Conference standings battling it out here and my money is on the Sens at home. It is not the best price but it is a price I am willing to pay with the better team in my opinion.

I could see the Penguins scoring six goals themselves the way they are playing as of late. The Coyotes' defense and goaltending situation is not great and it looks like everyone not named Clayton Keller could be on their way out. Give me the over as I see plenty of goals (mostly by one side), as the Pens money line and puck line are not at bettable prices.

I will take a shot with the home dog in the Devils here as even though the Stars are tough, I much rather prefer Dallas on its home ice than on the road. The Devils have had their moments and I think this is one of them.

With Vegas on the back-to-back, Carolina is a no-brainer at home here. This is not too bad of a price in my opinion and I could see this one rising to the -180+ range, so I would lock this one in early.

Neither team is scoring a lot of goals as of late and taking the Islanders at -185 is not an option with how inconsistent they have been. The Flyers have been through two big-time losing streaks this year but the Islanders know what that feels like a little too much for me to take a side here.

I think we see a high-scoring and quite entertaining game here in Winnipeg. We know the Cats can light the lamp often and the Jets' defense and goaltending have been downright unpredictable. I think we see both teams at 3 or more goals here.

With the way the Oilers have played in the past month, there is no way I can lay any price with them on the road. I will take the home dog here with Vancouver, a team that has cooled off a bit after starting the Bruce Boudreau era on a scorcher.

I like the Preds here at this price, even on the road. The Kraken are a few years away from being anywhere near competitive and these are the type of games Nashville cannot let slip if it wants a Central Division crown.