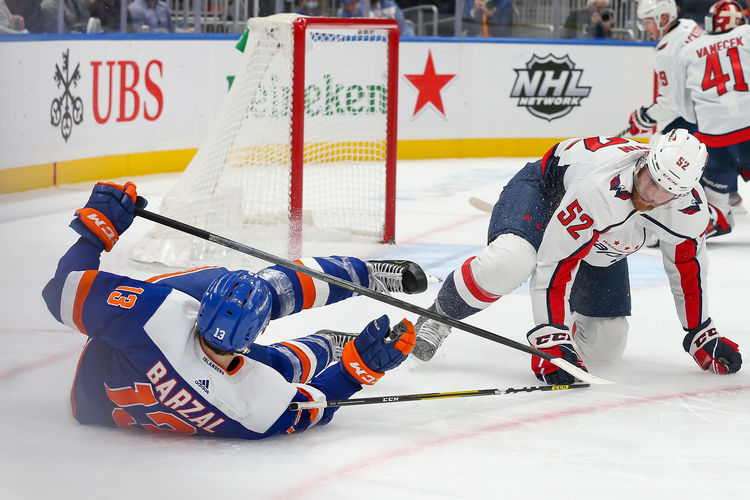 There are eight games on the schedule in the NHL on Tuesday, January 18th, 2022. Let's take a look at each game and make some picks as well.

The Capitals are going through a bit of a rough stretch but this is still a great price with a team that has been historically dominant at home. I think Ovi and company get back on track with a win here in front of the home crowd.

While both of these teams are near the bottom of the standings, I think the Senators are the better team and their franchise is in the better place. I think Ottawa will end the season respectively and a win here will go a long way for this team's spirits.

The Islanders were in must-win mode a few weeks ago. The Isles are now in panic mode and cannot afford to lose games like these, even on the road. I think the Islanders take advantage of a weak goaltending core of Philadelphia's and deposit plenty of goals in the back of the net for a puck-line cover.

With the way Boston has looked as of late, it is impossible for me to pass on the B's at this price at home. This should be a great game and could be a potential playoff series later in the year, but I have to side with the Bruins in this one.

The Predators are not an easy fade when on home ice but there is a ton of value with the Canucks at this price, a team that looks completely different under new head coach Bruce Boudreau. I think Vancouver is worth a shot at this price, just as it was against the Caps on Sunday.

The Habs are abysmal and the Stars are very tough on their home ice. This is a game that I think gets ugly and I like the Stars to pile up the goals at the American Airlines Center.

This is a tough one and should be one of many entertaining games on Tuesday night. I think the Flames do just enough at home to win this game, and I would not be surprised to see overtime or even a shootout.

The Kings were embarrassed on Monday by San Jose and there is no way I can take them in this spot against the defending champs. Tampa Bay has the rest advantage and I think the Lightning earn the road victory.