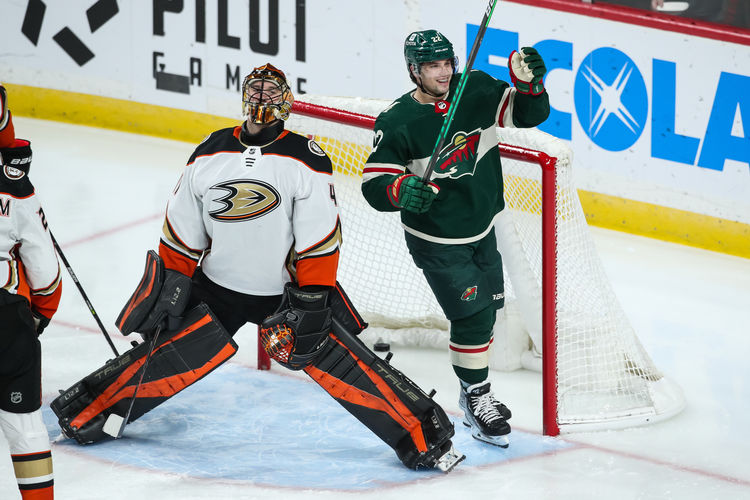 It’s a nice slate of games across the NHL on Monday with eight games taking place. Let’s take a look at a free pick on each of the games to make your Monday a profitable one.

The Red Wings have only been favored seven times this season, and they have won six of those games. The Red Wings aren’t a very strong team, but they are still the more talented team, even on the road. Look for the Sabres defense to be a problem again, and the Red Wings will come away with the victory.

These are two teams who can score, and they also don’t play a whole lot of defense. The Wild are averaging 3.68 goals per game while the Avalanche are averaging 4.29 goals per game. Neither of these defenses are strong, and I expect both offenses are going to run up the score.Back the over to cash.

The Canadiens and Coyotes are the two worst teams in the NHL and there is plenty of better value across the board. These are two defenses that aren’t great, but neither of these teams can score goals either, and goals are going to be hard to come by in this game. Look for both offenses to struggle and the under will cash.

These two teams have very similar offenses, but the big difference between these two teams is the defense. The Kings are giving up only 2.53 goals per game, and they are going to shut down the Sharks offense. Back the Kings on the money line.

The Blackhawks are the top play on the board. The Blackhawks have won four games in a row including the last game where they beat the Ducks 3-0. The Kraken’s defense has been awful giving up 3.65 goals per game and the Blackhawks will run up the score. Back the Blackhawks to win this game.

The Blues defense wasn’t great in the last game, but don’t let that fool you, overall they have been strong with the defense and they are going to lock down the Predators offense. The Predators are averaging 3.07 goals per game, but they will finish under that in this game. Back the Blues on the money line.