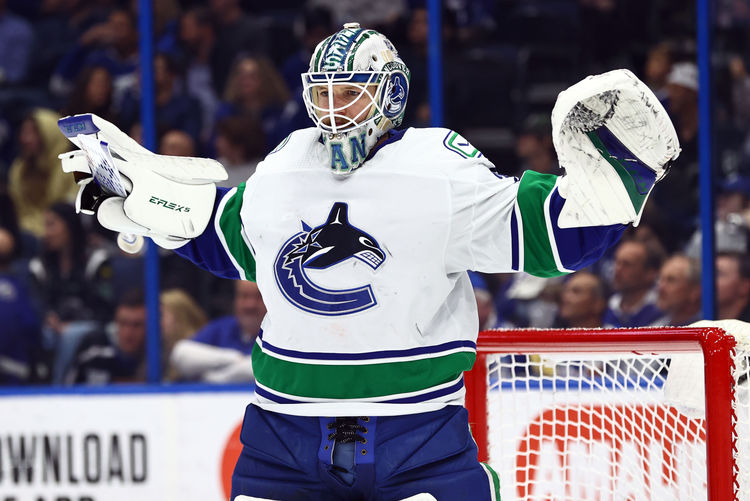 It’s a solid slate of games across the NHL on Saturday with 13 games taking place. Let’s take a look at a free pick on each of the games to make your Saturday a winning one.

The Nashville Predators looked awful against the Buffalo Sabres in the last game giving up four goals while the offense only scored a goal, and I expect their defense is going to struggle again in this game. The Bruins defense is also ranked 4th in the NHL and that means the Predators aren’t going to score more than a goal or two. Back the Bruins on the money line.

The Hurricanes were upset in their last game, and this is another chance to fade them. The Hurricanes defense gave up six goals. The Canucks offense will attack that defense, and they will find a way to pull off the upset.

The Islanders have played a little better as of late, but overall they have struggled this season, and they are going to struggle in this game. The Islanders are averaging only 2.3 goals per game and their lack of scoring is going to let them down in this game. Back the Capitals to win this game on the puck line.

The Florida Panthers might be playing the second night of a back to back, but they are still going to find success in this game. The Panthers had no issue running up the score on Friday, and the Blue Jackets defense has been awful giving up 3.457 goals. The Panthers will score four or five goals, and win this game.

The Sabres and Red Wings have two of the worst offenses in hockey and there won’t be many quality scoring chances in this game. The Sabres offense is ranked 25th in hockey in terms of shots per game while the Red Wings are 27th in hockey. Back the under.

Even on the road the Rangers should really be -200 or -220. The Rangers defense is giving up only 2.447 goals per game which is second best in the NHL. Look for the Flyers to struggle to score against the Rangers defense, and that will be the difference. Back the Rangers on the money line.

The Maple Leafs and Blues are two of the best offenses in hockey, but also two of the best defenses. At home this season the Blues are 15-3-2 and whenever you can get that type of record at home as underdogs, you have to take the value. Back the Blues on the money line.

The Dallas Stars offense was awful on Friday night, and now they have to face one of the top offenses in hockey. The Lightning are averaging 3.33 goals per game which is seventh best in all of hockey. The Stars defense will give up five or six goals and the Lightning will win on the puck line.

This is a stay-away game. These two teams faced off on Friday and the Avs are going to big favorites again in this game. The Avalanche are going to have no issue winning this game but they have no value as big favorites. If you want to bet the game take the Avs -2.5 or higher.

This is another game where there are better options across the board. Although the Blackhawks have had issues this year, they have won three games in a row and are now facing a Ducks team that is playing their second game in as many nights. The Ducks will struggle to score and the Blackhawks will get the job done.

The Kraken has looked like an expansion team all season and a big issue has been an offense. The Kraken’s offense is ranked 24th in hockey and the strength of this Kings team has been the defense. The Kings are giving up only 2.56 goals per game and the lack of scoring by the Kraken will be the difference. Back the Kings.

This total is too high. Each of the last three games for the Oilers has gone under this number and the Senators aren’t going to really contribute to this total. The Senators are averaging only 2.73 goals per game. Back the under to cash.

This is a perfect opportunity to take the value with the Sharks. In the Penguins last game against the Kings they gave up six goals and the Sharks should get plenty of good scoring chances in this game. Look for the Sharks to find a way to at least score three goals and that will be enough to win on the moneyline.