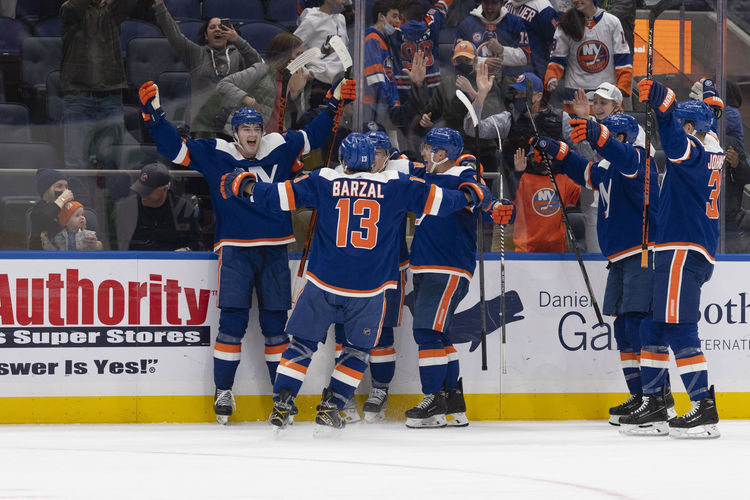 There are 11 games on the schedule in the NHL on Thursday, January 13th, 2022. Let's take a look at each game and make some free betting picks as well.

A common theme of this hockey card is that there are not too many great value spots. This is not one of them, and I think the only play for me would be to take the defending champs on the puck-line to get a better price.

I think the Hurricanes' defense keeps Columbus off the board for most of this game and overall I like the under here. The Canes' offense can be lethal but I do think the Blue Jackets keep this respectable.

This is another game where there is not much value to be had but I have to fade this Flyers team, especially with how well the Bruins have looked as of late as they look to get back in the Atlantic race in the Eastern Conference.

I am not in love with taking the Jets on the road at this price, but I cannot take a Red Wings team that has been destroyed by COVID-19 in the past month and has not been able to get in a groove.

The Islanders are finally back on the ice and the Devils are reeling with COVID-19 issues, especially at the goaltender position. This is a game where the Islanders are just too much for New Jersey to handle and this is desperation mode for the Belmont Boys as well.

With the way Nashville is playing, I have to take the Preds on the puck-line or pass altogether in this game. The price is not appetizing but the Sabres have not been either as of late.

I think a struggling Kraken defense playing on its second night of a back-to-back has a tough time in St. Louis on Thursday. I see plenty of goals here and like the over in a game that could see six goals by St. Louis alone.

With two teams near the bottom of the standings, I think the safest play is to take the under as I think both offenses have really looked rough from the start of the season. Montreal's defense has not been great either but the Blackhawks' offense has not been consistent at all this season.

The only team with fewer games played than the Sens are the Islanders and I think Ottawa is caught in a bad spot here at Calgary. The Senators have some promising pieces to their roster for future seasons but this is not the year for Ottawa.

It is very difficult to go against such a red-hot Pens team here but the Kings play well at home and I like what I have seen from them as of late. Their most recent win over the Rangers was very impressive and I like Los Angeles to earn the minor upset yet again on Thursday.

As much as I like to fade the Rangers, a team that I think is the most overrated out of all teams in a current playoff position, I think this is a good spot for New York to earn a Western Conference road win. I do not think San Jose has been good enough to warrant only a -125 price for the Rangers here.