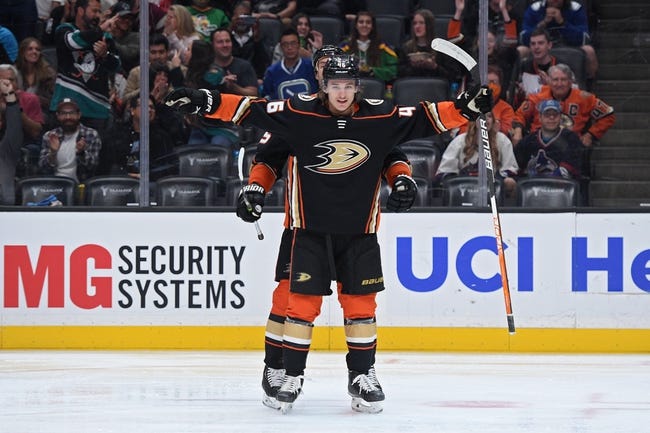 There are 11 games on the schedule in the NHL on Thursday, November 18th, 2021. Let's take a look at each game and make some picks as well.

The Bolts are proving why they are the defending champs and I think we are getting a good price with the better team here. The Flyers are off to a hot start to the year, but I trust Tampa's goaltending more in this matchup.

I have not been inspired by this Penguins team and even though the Habs are having a miserable season, I do not think there is any reason why the Pens should be -145 on the road at this point. I will take the Canadiens with the plus money to go with them.

This is a revenge spot for the Panthers as the Devils absolutely embarrassed the Cats in the last game between these two. I think Florida gets that revenge in front of the home crowd.

This should be a very entertaining matchup between two teams that are in the playoff conversation early in the year. I think the team that makes the first mistakes loses this one, and I expect a low-scoring battle either way.

The Sabres have been a tough out this season and although the Flames are off and running this season, I think Buffalo at least keeps this one close. I could see overtime but I think we get a one-goal game here so I will take the 1.5 with the home dog.

The Stars have not impressed with a 6-6-2 record and I think the Wild earn another close victory on home ice here. The kings of one-goal wins earn a tight victory at Xcel Energy Center on Thursday.

I will gladly take the plus money with the road team here in San Jose. The Sharks survived the COVID-19 bug and after a slumber-filled performance against the Avs, the team bounced back and beat a good Wild club. I like the Sharks' chances to earn another upset here.

This is not going to be a great game to watch by any means and I think this one is low-scoring as well. The Coyotes' offense has yet to get things going and the Blue Jackets' goaltending should be too much for Arizona here. I will take Columbus and the under.

The Oilers are looking for some revenge as well on Thursday as the Jets just beat them in Winnipeg 5-2. I do not think Edmonton gets it, as the Jets have owned the Oilers as of late and I think they get another victory, this time on the road.

The Ducks are playing exciting hockey with a lot of their young guys stepping up to the plate and delivering on the scorers' sheet. I say we take another shot with the Quackers as Anaheim has been very profitable as a dog this season.

This has the makings of being a surprisingly entertaining hockey game and I think a lot of goals are in store. Who would have thought that Vegas would be below-average in goals against this season but the fact of the matter is, both team's defenses have struggled.