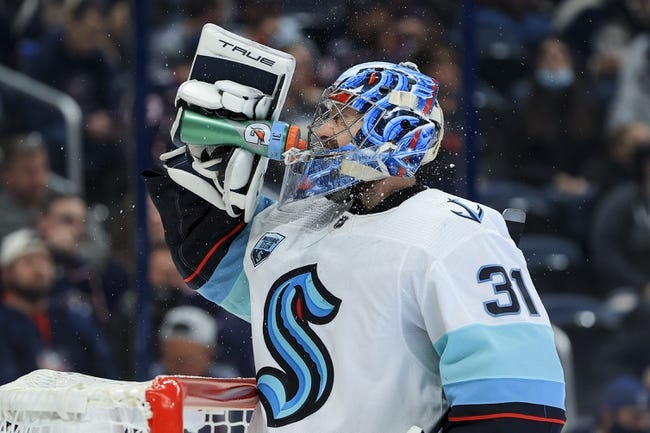 It’s a lighter slate across the NHL on Monday with only four games taking place but that doesn’t mean there isn’t value with these games. Let’s take a look at a free pick for each of the four games.

The Rangers finally picked up their first win of the season in the last game against the Montreal Canadiens. The defense wasn’t great in the first two games, but their defense finally stepped up giving up only a goal. The Maple Leafs have given up only five goals total in the first three games. Look for both defenses to step up, and for the under to cash.

Seattle was involved in back-to-back games that had seven goals scored, before the last game when there were only three. The Flyer's defense was a big issue in the first game giving up five goals, and their defense is going to struggle again in this game. Back the Kraken on the money line.

The Ducks opened up their season with a victory over the Jets before they were knocked off in the last game against the Minnesota Wild. This is a team that could have issues scoring goals this season, and the last game was a perfect example. The good news for the Ducks though is that the Flames defense isn’t good, and there will be no shortage of scoring in this game by the visiting squad. Back the Ducks to pull the upset.

In the first game Arizona gave up eight goals, but they improved a bit in the last game giving up only two. The St. Louis Blues scored five goals against the Avs, and they are going to attack the terrible defense of the Coyotes. This game is going to get ugly early with the Blues winning on the puck line.