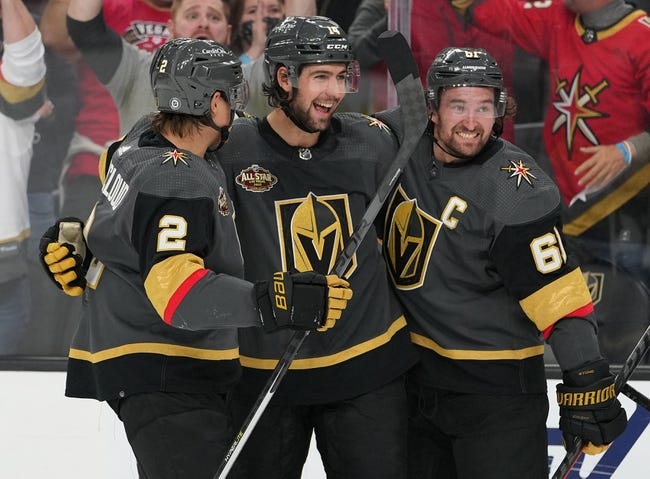 Thursday is a full slate of NHL games with nine games taking place. A lot of these teams are playing their first game of the season. Let’s take a look at a free pick on each of the games to make your Thursday night a profitable one.

The Canadiens have a game against the Maple Leafs on Wednesday, while the Sabres will be playing their first game of the season. Buffalo really struggled during the 2020 season, and they really didn’t do a whole lot to improve. The Sabres averaged 2.39 goals per game while the defense gave up 3.50 goals per game. The under is 5-2-2 in the last nine meetings between the two in Buffalo. I expect tired legs from the Canadiens, and Buffalo will struggle to score. That combination will allow the under to cash.

The Maple Leafs played a game on Wednesday night against the Canadiens, and they are banged up heading into this game. Austen Matthews and Ilya Mikheyev aren’t expected to play and it’s unclear if Mitch Marner will be able to go. Ottawa is still going through a rebuild, but this is a team that is clearly improving. Ottawa is expected to be without stud forward Brady Tkachuk and that could be a problem, but I still think their fresh legs will help them. The Maple Leafs offense will struggle and the Senators will pull the upset.

The Pittsburgh Penguins opened up their 2021 season with a 6-2 victory over the Tampa Bay Lightning. The final score was a bit misleading though because the Penguins scored three empty net goals. Even though it's a bit misleading, they were the underdog and looked good. The Panthers will put Sergei Bobrovsky in the net, and he struggled in the playoffs. Look for the Penguins to find success against Bobrovsky, and they will pick up their second win of the season.

The Stars and Rangers both struggled during the 2021 season. The Stars were busy during the offseason including Ryan Suter and Bradon Holtby who both will really improve the offense. The Rangers were strong during the 2020 season giving up only 2.77 goals per game, and goals are going to be hard to come by in this game for the Stars. Look for this game to stay under the total.

The New York Islanders have been a popular preseason pick to win the Stanley Cup, and they are going to open up their season with a victory. The Islanders brought in Zdeno Chara and Zach Parise who are replacing Nick Leddy and Jordan Eberle. The Islanders still have Anders Lee, and he won’t be contained by the Carolina Hurricanes. This will be a competitive game, but the offense of the Islanders will be the difference as they get the job done on the money line.

The Arizona Coyotes and Columbus Blue Jackets both have new head coaches, and with those changes, there could be some inconsistency with both teams. With so many questions about both of these teams, this is a game that should probably be bet small. These are both offenses that can’t be trusted though, and the under will cash.

The Tampa Bay Lightning already played one game this season, and the offense struggled, scoring only two goals, and that came in the third period. The Red Wings still might be one of the worst teams in the NHL, but I don’t trust the Lightning laying this type of number. Back the Red Wings to pull the upset.

The Seattle Kraken has already played this one game this year against the Vegas Golden Knights. The Kraken fell behind in that game, but they fought back and finished the game with three goals. I expect their offense can be strong again in this game, and their defense will struggle again. Look for both offenses to find success and for the over to cash.

Vegas scored four goals in the first game of the season, and I don’t expect the offense is going to be any different in this game. Los Angeles only scored 143 goals total last season which was 27th in the NHL. The Kings are going to struggle to score again in this game, and Vegas will win this game. Take them on the money line, but throwing a few dollars on the puck line also makes sense.