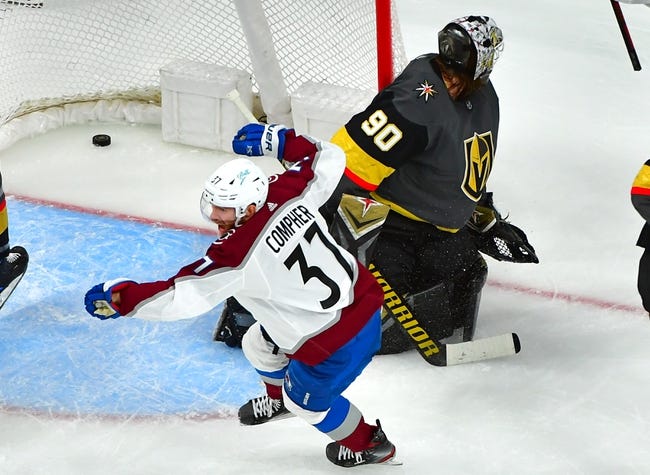 The Colorado Avalanche will host the Vegas Golden Knights in the West Conference 2nd round game of the NHL playoffs. The teams split the season series 4-4, with each team taking 2 on the road.

Vegas won 6-2 in their last game to take the series against the Wild. They averaged 2.86 goals per game in the series. Mark-Andre Fleury started all 7 games for the Golden Knights in round one, allowing 1.71 goals per game and stopping .931 percent of the shots he faced. Against Colorado during the regular season, he was 2-1 with a 2.14 GAA and .932 save percentage. Mark Stone led the team with 4 goals during their series against Minnesota. Max Pacioretty led the team with 6 goals and 8 points against Colorado during the regular season.

Despite Colorado averaging 5 goals in their first-round game, we should expect a low-scoring affair in this game. Colorado and Vegas have allowed the fewest shots per game among all playoff teams, and their goaltenders have allowed less than 2 goals per game each. In addition to their defensive prowess in the playoffs, the Avalanche allowed a league low 1.93 goals and 24.8 shots per game at home during the regular season. Vegas ranked 1st with 2.21 goals allowed per game on the road and 2nd with 26.1 shots per game. Take the under.