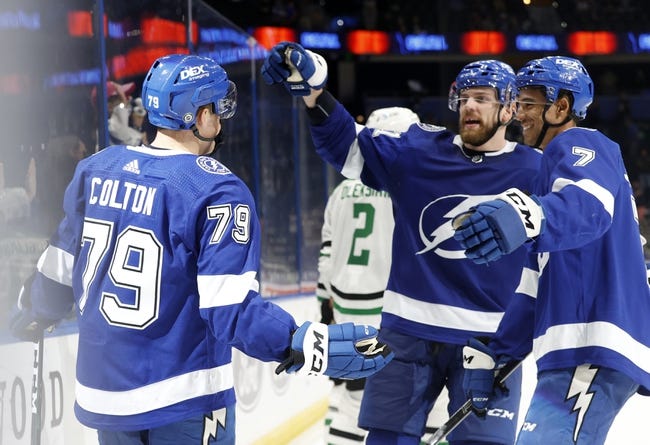 With 7 NHL games to choose from on Friday, May7th, 2021, there are plenty of options for some hockey action. Check out our picks below for the best NHL plays, as well as the updated betting odds.

Washington has controlled this series with a 5-1 lead this season and have won the last 5. It is a bad matchup for Philadelphia, who ranks last in the NHL with 3.60 goals allowed per game. Washington ranks second with 3.43 goals per game and they are averaging 5 goals per game over their last two. Lay the juice with Washington.

The season series is split at 3 wins each, and the under has cashed in each game. The Red Wings are averaging just 2.15 goals per game (31st), and the Blue Jackets 2.35 (29th). I expect another competitive, low scoring affair in this one.

Dallas has lost 5 straight and appear to be feeling the effects of playing a compacted schedule after having 8 postponed games in the first half of the season. They have scored just 7 goals over that stretch and were shutout 3-0 in Tampa Bay in one of those games. Tampa Bay is 4-1 in their last 5 with a +10-scoring differential and own a 6-1 series lead against the Stars. Take the Lightning to win by a few goals.

Minnesota has been nearly unbeatable at home with a 19-5-2 record at home this season. However, their last five games have been decided by just 1 goal. Anaheim has lost 5 of the 6 games these two have played, but 3 of those losses were by 1 goal. The Ducks are 3-2 in their last 5 and are coming off an exciting win at St. Louis last time out. Take Anaheim to keep this one close and cover.

The Golden Knights been on a good run, winning 8 of their last 10 games. They have a 76%-win rate at home and have won 5 straight games on their own ice. St. Louis has lost 2 of their last 3 games and have lost 4 of 6 against Vegas this season. Back Vegas in this one.

Colorado has won 3 of 4 in this series, but they split the two previous games in Los Angeles. The Kings are coming off a solid road trip in which they were 3-1. Philip Grubauer has started the last two for the Avalanche so will likely get the night off in this one to get rested for the playoffs. Backup Devan Dubnyk is 4-6 in his last ten games and has allowed 3.2 goals per game this season. The Avalanche are good enough on offense to make up for any deficiencies in goal, but I will take a low-cost flier on a Kings team that has been playing well of late.

This is a battle of two teams who do not defend well, both ranking in the bottom third of the league with over 3 goals allowed per game this season. The over has cashed in 5 of 6 in this series, and both games played in San Jose. Both teams are out of the playoff race, so I do not envision a lot of energy on the defensive end. Back the over in this one.