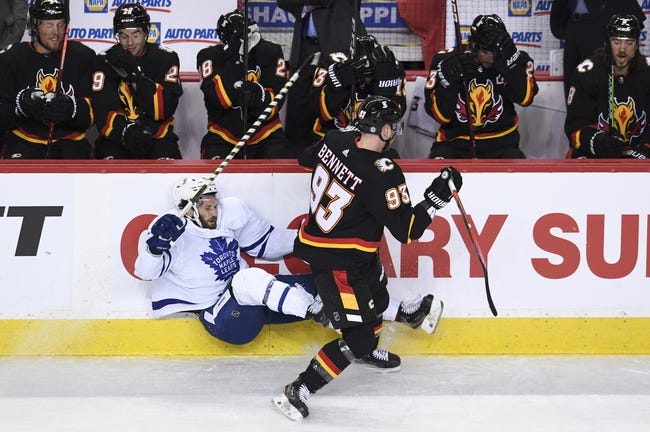 The Calgary Flames and Toronto Maple Leafs meet Tuesday in NHL action at the Scotiabank Arena.

The Calgary Flames need a win after losing nine of their last 12 games. The Calgary Flames are averaging 2.6 goals per game and are scoring on 19.8 percent of their power play opportunities. Johnny Gaudreau leads Calgary with 14 goals, Elias Lindholm has 24 assists and Matthew Tkachuk has 112 shots on goal. Defensively, the Calgary Flames are allowing 3.1 goals per game and are killing 80 percent of their opponents power plays. Jacob Markstrom has allowed 81 goals on 815 shots faced and David Rittich has allowed 36 goals on 374 shots.

The Calgary Flames have the rest advantage here, so you'd think there would be some value here with the monster plus money. However, the Toronto Maple Leafs have been one of the hotter teams in the league over these last two weeks and have had no issues winning on the end of back to backs recently. The Maple Leafs have also won six of the eight meetings against the Flames this season, which includes outscoring them 11-5 in the last three meetings. Give me the Maple Leafs and the PL for max betting value.