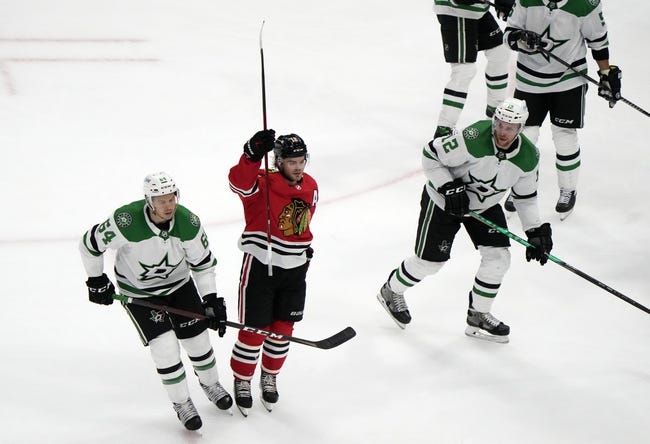 Where to Watch: NBCSCH, BSSW+ Stream live sports and exclusive originals on ESPN+. Sign up now!

The Dallas Stars and Chicago Blackhawks meet Thursday in NHL action at the United Center.

The Dallas Stars need a win after losing seven of their last 10 games. The Dallas Stars are averaging 2.7 goals per game and are scoring on 25 percent of their power play opportunities. Joe Pavelski leads Dallas with 15 goals, John Klingberg has 19 assists and Denis Gurianov has 91 shots on goal. Defensively, the Dallas Stars are allowing 2.5 goals per game and are killing 77.1 percent of their opponents power plays. Anton Khudobin has allowed 47 goals on 509 shots faced and Jake Oettinger has allowed 42 goals on 503 shots.

The Dallas Stars continue to get respect from oddsmakers, but they also continue to pile up the losses and playing losing teams hasn't helped much either. The Chicago Blackhawks have provided value in the underdog role at times this season and they've won four of the five meetings against the Stars as well. Not sure why the Stars continue to get the benefit of the doubt, but I'll keep fading them. Give me the Blackhawks and the even money.