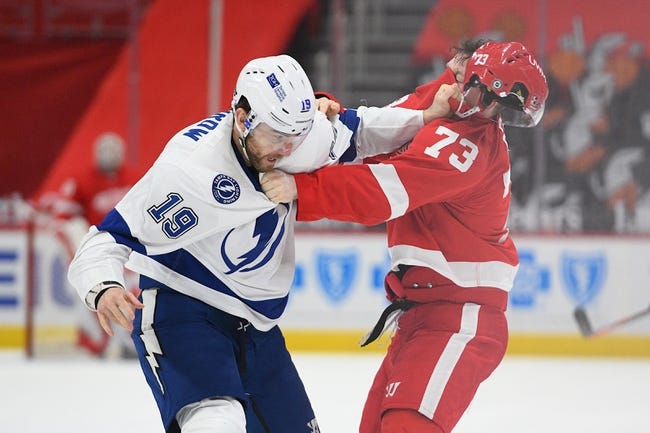 Where to Watch: BSSUN, BSDET+ Stream live sports and exclusive originals on ESPN+. Sign up now!

The Detroit Red Wings continue to pile up the losses and they've played head and shoulders their worst hockey on the road dating back to last season. The Red Wings simply don't win on the road. The Tampa Bay Lightning have won enough to be pretty profitable despite being massive favorites most nights, and they've won three of the four meetings against the Red Wings this season, mostly comfortable victories. While the price is insane, I can't back the Red Wings even as a possible value play. Give me the Lightning and the PL to shave down the expensive juice.