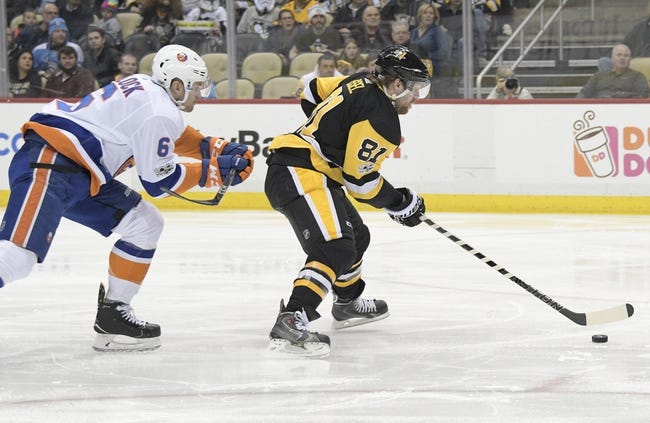 Where to Watch: NBCSN, ATTSN-PT Stream live sports and exclusive originals on ESPN+. Sign up now!

The New York Islanders and the Pittsburgh Penguins meet in NHL action from the PPG Paints Arena on Monday night.

The New York Islanders will look to bounce back from a 6-3 loss to the Penguins in their last matchup. Mathew Barzal leads the Islanders in scoring with 27 points including 10 goals and 17 assists while Nick Leddy has 24 points with a team-high 23 assists. J-G Pageau and Jordan Eberle each have 11 goals while Brock Nelson has 20 points with a team-high 12 goals and Josh Bailey has 15 assists on the year. As a team, New York is averaging 2.9 goals on 29.4 shots with a 19.4% success rate on the power play while allowing 2.3 goals on 27.6 shots against with an 80.9% success rate on the PK this season.

The Islanders continue to be one of the hottest teams in the NHL, but realistically, we’re still getting way too much value to pass on with the Pens. Sure, it’s hard to beat the same team in a back-to-back, but the Penguins took it to the Isles in the first meeting and Pittsburgh’s been extremely tough to go against on home ice as it is. Again, tough spot to be in, but the Penguins at home is the play here.