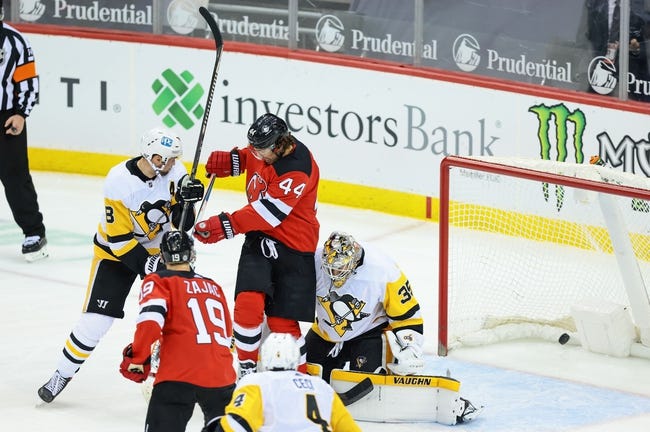 Where to Watch: MSG+, ATTSN-PT Stream live sports and exclusive originals on ESPN+. Sign up now!

The Pittsburgh Penguins and New Jersey Devils meet Saturday in NHL action at the Prudential Center.

The Pittsburgh Penguins are not only playing their best hockey of the season right now, but they've won 14 of their last 17 games in the favorite role. The New Jersey Devils have had some success against the Penguins over the years, which includes a win on Thursday, but they've had issues stringing wins together this season, they don't win in the underdog role and they've lost 11 of their last 13 games at home. I'll lay the juice with the Penguins on the road.