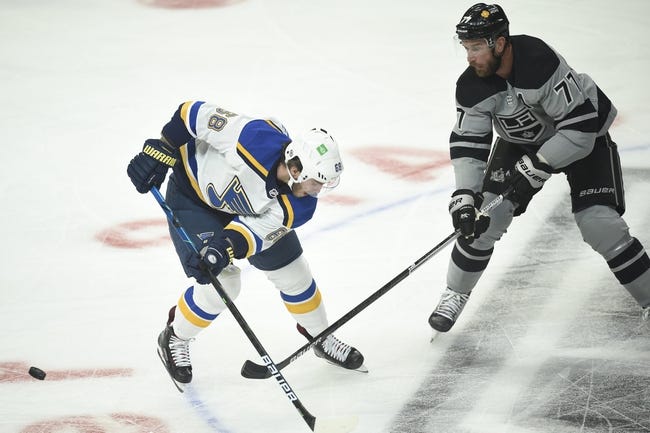 The St. Louis Blues and the Los Angeles Kings meet in a makeup game of Monday’s postponement from the Staples Center on Wednesday night.

The St. Louis Blues will look to bounce back from a 5-1 loss to the Vegas Golden Knights in their last game. David Perron leads St. Louis in scoring with 29 points coming via 11 goals and a team-high 18 assists, tied with Ryan O’Reilly in assists while O’Reilly has 9 goals for his 27 points this season. Brayden Schenn also has 24 points with a team-high 12 goals this season. As a team, St. Louis is averaging 3.2 goals per game on 29.7 shots per game with a 20.7% success rate on the power play while allowing 3.1 goals against per game on 30 shots against per contest with a 73.7% success rate on the penalty kill this season.

The Los Angeles Kings come into this one on the heels of a 4-1 loss to the Colorado Avalanche on Sunday. Anze Kopitar leads the Kings in scoring with 32 points including a team-high 25 assists while Drew Doughty has 16 assists as part of his 22 points this season. Adrian Kempe and Dustin Brown each have 19 points for L.A. with Brown logging a team-high 13 goals while Kempe has 11 goals this season. As a team, Los Angeles is averaging 2.9 goals per game on 28.7 shots per game with a 25.3% success rate on the power play while allowing 2.9 goals per game on 31.7 shots per game with an 83.8% kill rate on the PK this season.

I’ve gone back and forth on this game, but realistically the scoring has dried up for the Kings and St. Louis hasn’t been scoring a whole lot in their own right and you have to think that both defensive units will be fresh after the unexpected day off Monday. I’ll side with the under here.