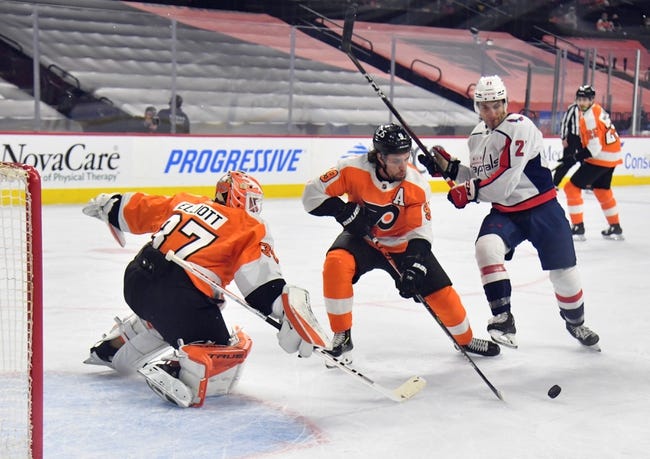 Where to Watch: NBCSP, NBCSWA Stream live sports and exclusive originals on ESPN+. Sign up now!

The Washington Capitals and Philadelphia Flyers meet Saturday in NHL action at the Wells Fargo Center.

The Washington Capitals look like a team that's back on track with wins in seven of their last eight games, and their offense is starting to pick up. The Philadelphia Flyers are still a team to keep an eye on and they've been money in the favorite role dating back to last season. However, the Capitals have beaten the Flyers twice this month already and we're getting the hotter team at plus money. It's hard to turn down the Caps in this spot at this price.