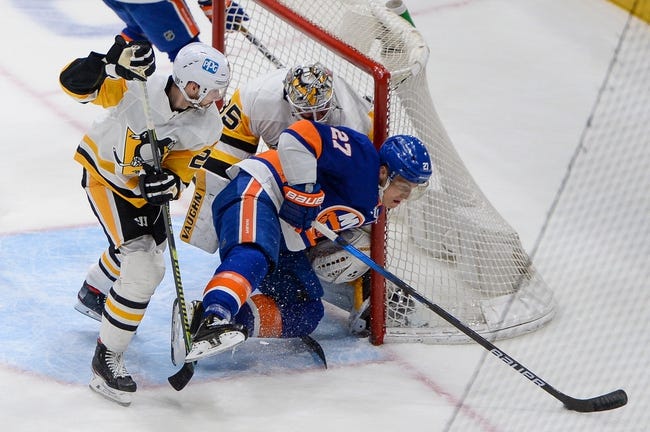 The Pittsburgh Penguins and New York Islanders meet Sunday in NHL action at the Nassau Coliseum.

The Pittsburgh Penguins are playing the better hockey and them winning an overtime game last night only adds to their confidence. However, the Islanders were right there with the Penguins in that contest and they continue to be a team worth checking out with favorable prices. The New York Islanders give themselves a chance to win nearly every game and I'm going to keep backing them at low juice or plus money. Here we're getting even money. I'll take it.