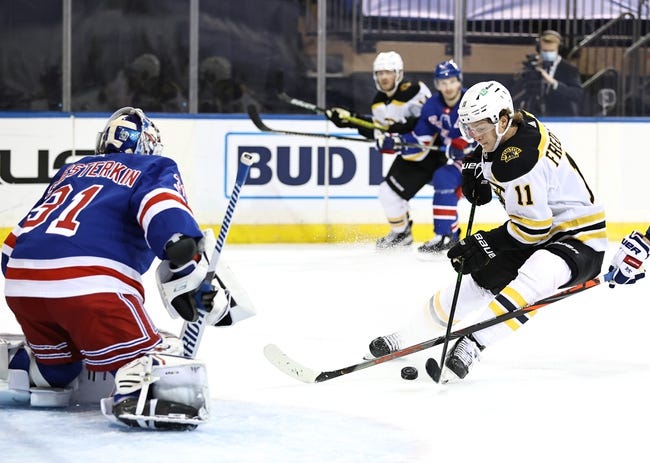 The Boston Bruins look for a win after splitting their last six games. The Boston Bruins are averaging 3.1 goals per game and are scoring on 30 percent of their power play opportunities. Brad Marchand leads Boston with nine goals, Patrice Bergeron has 12 assists and Nick Ritchie has 37 shots on goal. Defensively, the Boston Bruins are allowing 2.3 goals per game and are killing 87.7 percent of their opponents power plays. Tuukka Rask has given up 26 goals on 263 shots faced and Jaroslav Halak has allowed 10 goals on 138 shots.

The Boston Bruins may be on the end of a back to back, but they don't string together losses very much and have a clear edge on both ends of the ice here. The New York Rangers have been a hot and cold team this season and often struggle to find consistent offense. The Bruins have also beaten the Rangers in each of the last six meetings, which includes two wins this year. I'll lay the price with the Bruins on the road.