The Montreal Canadiens and Winnipeg Jets meet Thursday in NHL action at the Bell MTS Place.

The Winnipeg Jets look for a win after winning six of their last nine games. The Winnipeg Jets are averaging 3.4 goals per game and are scoring on 22.2 percent of their power play opportunities. Nikolaj Ehlers leads Winnipeg with 10 goals, Mark Scheifele has 16 assists and Kyle Connor has 53 shots on goal. Defensively, the Winnipeg Jets are allowing 2.6 goals per game and are killing 80.9 percent of their opponents power plays. Connor Hellebuyck has given up 37 goals on 438 shots faced and Laurent Brossoit has given up nine goals on 139 shots.

The Montreal Canadiens have beaten up on the Jets over the years, but they're not playing good hockey right now and it's hard to ignore their recent meetings against the Senators. The Winnipeg Jets have quietly won six of their last nine games and the offensive production continues to get better and better. We're getting the hotter team at home with the plus money. I'll take it. 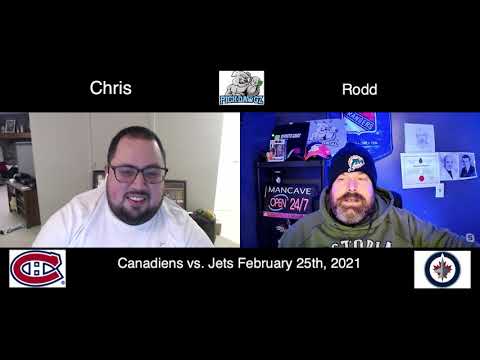