The Carolina Hurricanes and Tampa Bay Lightning meet Wednesday in NHL action at the Amalie Arena.

The Tampa Bay Lightning are going to be favored most nights, especially at home where they rarely lose. However, the Carolina Hurricanes have been one of the more impressive teams up to this point with a high powered offense and there's value finding them in the underdog role. The Hurricanes have also won two of the three meetings against the Lightning this season. There's value with the Hurricanes here and the plus money. 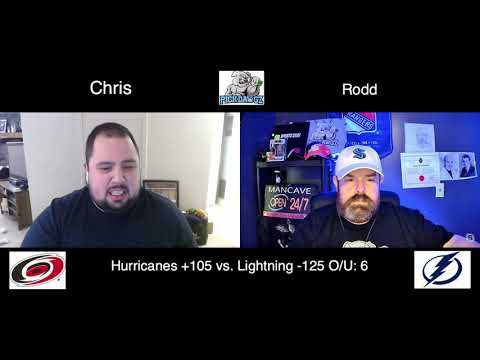