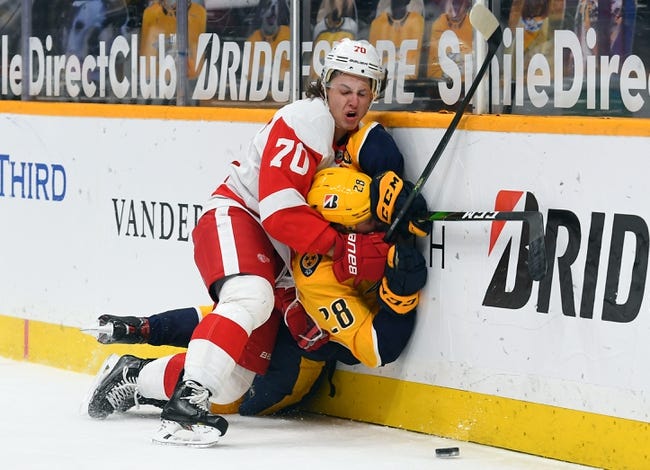 The Nashville Predators and Detroit Red Wings square off Tuesday in NHL action at the Little Caesars Arena.

Both of these teams are on the struggle bus, but it's safer to assume the Nashville Predators are going to tun things around sooner. The Detroit Red Wings look a lot like the team from a year ago, and that's a club that can't score consistently and playing on the power play doesn't make much of a difference. The Predators are a better team here and should take advantage of this game to kind of stop the bleeding.