The Buffalo Sabres and New York Islanders meet Monday in NHL action at the Nassau Coliseum.

The Buffalo Sabres need a win after losing four of their last five games. The Buffalo Sabres are averaging 2.3 goals per game and are scoring on 31.1 percent of their power play opportunities. Victor Olofsson leads Buffalo with six goals, Jack Eichel has 11 assists and Rasmus Dahlin has 38 shots on goal. Defensively, the Buffalo Sabres are allowing 3.1 goals per game and are killing 78.6 percent of their opponents power plays. Carter Hutton has given up 13 goals on 128 shots faced and Linus Ullmark has given up 24 goals on 264 shots.

The Buffalo Sabres are supposed to be better than they've been in years past, but they still have yet to find their footing and their offense has struggled mightily since their long layoff. The New York Islanders have been hit or miss lately, but we usually know what we're getting from them on a nightly basis and they've been a good team to back dating back to last season. The Sabres also haven't beaten the Islanders since February of 2019. I'll lay the juice with the Islanders on their home ice. 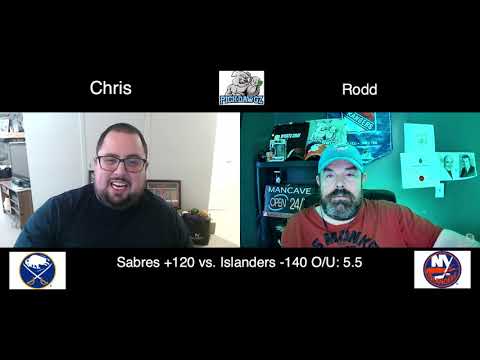