The Winnipeg Jets and Vancouver Canucks meet Sunday in NHL action at the Rogers Arena.

The Winnipeg Jets look for a win after splitting their last 12 games. The Winnipeg Jets are averaging 3.4 goals per game and are scoring on 22.2 percent of their power play opportunities. Nikolaj Ehlers leads Winnipeg with 10 goals, Mark Scheifele has 14 assists and Kyle Connor has 46 shots on goal. Defensively, the Winnipeg Jets are allowing 2.6 goals per game and are killing 80.9 percent of their opponents power plays. Connor Hellebuyck has given up 34 goals on 404 shots faced and Laurent Brossoit has given up nine goals on 139 shots.

The Winnipeg Jets have had issues stringing together wins this season, but there's no doubt they've been the better team this season and they've absolutely owned the Canucks over the years. The Vancouver Canucks can't get out of their own way mainly due to defensive issues, and they were just shutout by the Jets in Friday's loss. No matter what you think of the Jets, you're getting a cheap price to fade the ice cold Canucks. I'll take it. 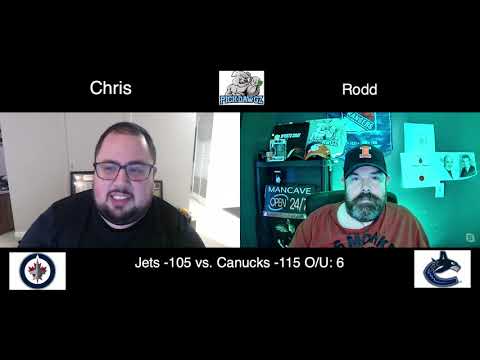