Where to Watch: MSGB, MSG+ Stream live sports and exclusive originals on ESPN+. Sign up now!

The Buffalo Sabres and New Jersey Devils meet Saturday in NHL action at the Prudential Center.

The Buffalo Sabres need a win here to snap a four-game losing streak. The Buffalo Sabres are averaging 2.3 goals per game and are scoring on 31.1 percent of their power play opportunities. Victor Olofsson leads Buffalo with six goals, Jack Eichel has 10 assists and Rasmus Dahlin has 35 shots on goal. Defensively, the Buffalo Sabres are allowing 3.1 goals per game and are killing 78.6 percent of their opponents power plays. Carter Hutton has given up 13 goals on 128 shots faced and Linus Ullmark has given up 22 goals on 237 shots.

The Buffalo Sabres still have yet to get back on track after their long layoff and the offense is on the struggle bus at the moment. The New Jersey Devils are playing their best hockey of the season during their three-game winning streak, and they've been really good in the favorite role. Early games also usually favor the home team, and this is a very early start. I'll back the Devils in this spot. 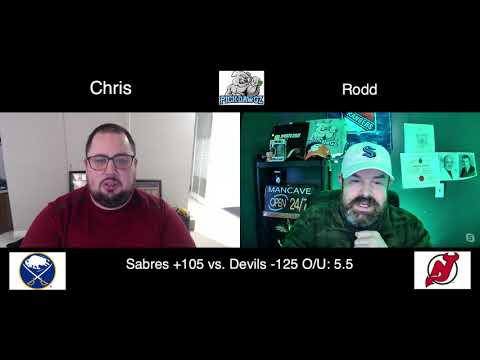