The Calgary Flames host the Edmonton Oilers in another installment of the Battle of Alberta in NHL action from Scotiabank Saddledome on Friday night.

The Edmonton Oilers will look to build on a 3-2 win over the Winnipeg Jets in their last matchup. Connor McDavid leads the Oilers in scoring with 32 points including 23 assists and 9 goals while Leon Draisaitl has a team-high 10 goals and 18 assists for his 28 points. Ryan Nugent-Hopkins has 15 points with 7 goals and 8 helpers and Tyson Barrie has 14 points with 3 goals and 11 assists. Darnell Nurse has 6 goals and 7 assists also for his 13-point tally so far this season. Mikko Koskinen continues to lead the Oilers with 14 appearances and a 6-8 record with a 3.43 GAA while Mike Smith’s got a 2.07 GAA and 3 wins with a shutout this season.

The Calgary Flames will try to bounce back from a 5-1 loss to Vancouver last time out. Johnny Gaudreau and Elias Lindholm each have 16 points with Gaudreau leading the Flames with 9 goals alongside 7 assists while Lindholm has a team-high 11 assists and 5 goals. Sean Monahan’s got 10 assists as part of his 12 points and Matthew Tkachuk has 10 points split between 5 goals and 5 assists. Jacob Markstrom continues to lead the Flames in goal, going 8-6 with a pair of shutouts and a 2.61 GAA on the year.

I think this is going to be another war as these rivalry games usually are, this one in particular. However, we’re getting some decent value with Edmonton here as I thought this game would be closer to a coin flip as a lot of these games are close. Road teams have a bit of an extra incentive as it just feels better to plant your flag in the other team’s home arena and I think that extra motivation will push the Oilers to a win at even money in this one. 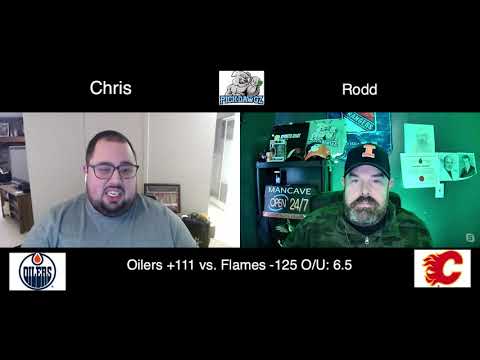