Where to Watch: TSN5, RSNO Stream live sports and exclusive originals on ESPN+. Sign up now!

The Ottawa Senators and Toronto Maple Leafs meet Thursday in NHL action at the Scotiabank Arena.

The Ottawa Senators have played better hockey as of late and have been competitive against the Maple Leafs, but I'm still not looking to back this team. The Senators still don't play a lick of defense and have been horrible on the road dating back to last season. The Toronto Maple Leafs are easily the better team here and have the offense to eventually run away with one of these games. I'll lay the PL with the Maple Leafs at home. 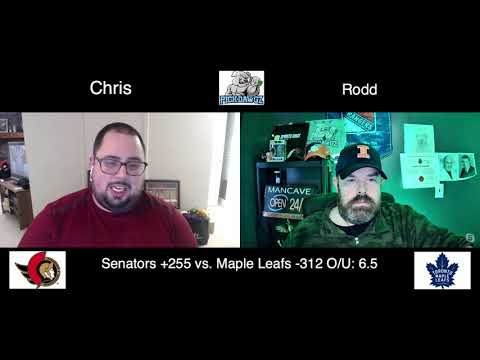