Where to Watch: MSG, NSPA Stream live sports and exclusive originals on ESPN+. Sign up now!

The New York Rangers just can't get out of their own way, as they compete but continue to come up short time and time again. The Philadelphia Flyers continue to be one of the more profitable teams in the league dating back to last season and they play their best hockey at home. The Flyers have also won three straight against the Ranges, outscoring them 15-6 during that span. I'll lay the juice with the Flyers here. 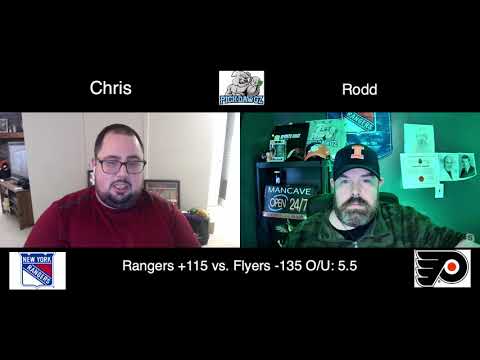