The Winnipeg Jets and Edmonton Oilers meet Monday in NHL action at the Rogers Place.

The Winnipeg Jets look for a win after splitting their last 10 games. The Winnipeg Jets are averaging 3.4 goals per game and are scoring on 22.2 percent of their power play opportunities. Nikolaj Ehlers leads Winnipeg with nine goals, Mark Scheifele has 12 assists and Andrew Copp has 40 shots on goal. Defensively, the Winnipeg Jets are allowing 2.6 goals per game and are killing 81.1 percent of their opponents power plays. Connor Hellebuyck has given up 26 goals on 329 shots faced and Laurent Brossoit has given up nine goals on 110 shots.

The Edmonton Oilers should be favored here and they're playing some of the better hockey in the league right now. However, the Jets have had success in Edmonton and it makes this game a little bit tricky. I'm looking at the over in this spot, as the last meeting produced a combined 10 goals and seven of the last 10 contests between the Jets and Oilers have seen no less than six goals. I don't play totals often, but this seems like a good spot to side with the over. 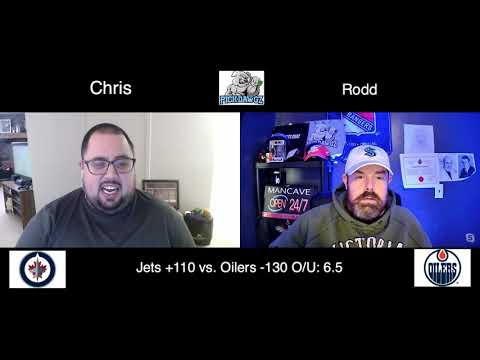