Where to Watch: RSNP, ESP+ Stream live sports and exclusive originals on ESPN+. Sign up now!

The Calgary Flames and Vancouver Canucks meet Monday in NHL action at the Rogers Arena.

The Calgary Flames look for a win after splitting their first 14 games. The Calgary Flames are averaging 2.8 goals per game and are scoring on 21.8 percent of their power play opportunities. Johnny Gaudreau leads Calgary with eight goals, Elias Lindholm has 10 assists and Matthew Tkachuk has 45 shots on goal. Defensively, the Calgary Flames are allowing 2.6 goals per game and are killing 80.9 percent of their opponents power plays. Jacob Markstrom has allowed 28 goals on 375 shots faced and David Rittich has allowed seven goals on 49 shots.

The Calgary Flames are not only playing the better hockey entering this game, but they've won three of the four meetings this year against the Canucks and have dominated in the favorite role. The Vancouver Canucks just can't get out of their own way and a lot of it has to do with a defense that stinks up the joint more times than not. The Flames and the cheap price here seems like one of the better options on Monday night. 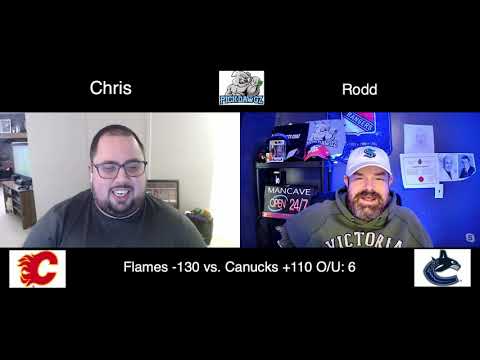