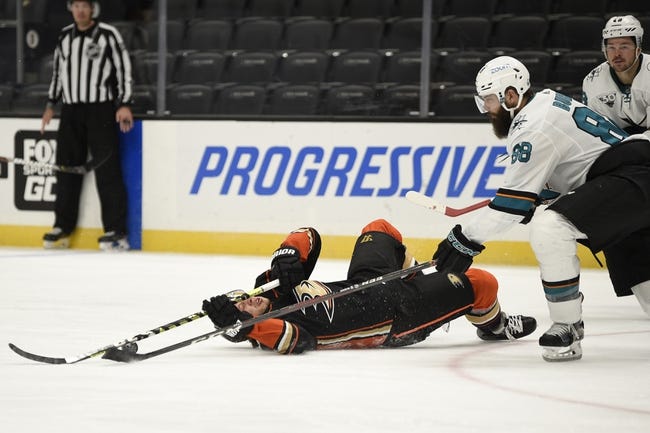 Where to Watch: FSW, NSCA Stream live sports and exclusive originals on ESPN+. Sign up now!

The Anaheim Ducks and San Jose Sharks meet Monday in NHL action at the SAP Center.

The Anaheim Ducks need a win after losing five of their last eight games. The Anaheim Ducks are averaging two goals per game and are scoring on 9.4 percent of their power play opportunities. Max Comtois leads Anaheim with six goals, Carter Rowney has six assists and Rickard Rakell has 49 shots on goal. Defensively, the Anaheim Ducks are allowing 2.7 goals per game and are killing 86.5 percent of their opponents power plays. John Gibson has given up 25 goals on 326 shots faced and Ryan Miller has given up 12 goals on 114 shots.

The Ducks and Sharks have played twice this month and both meetings went to a shootout, so there's value with the plus money. However, the Ducks are a team I've faded for a while now and simply aren't a team I trust on the road or coming off a win. The Ducks don't string wins together. The San Jose Sharks have issues of their own, but they're due for a breakout performance at home and they've been sharper offensively. Give me the Sharks if forced to pick. 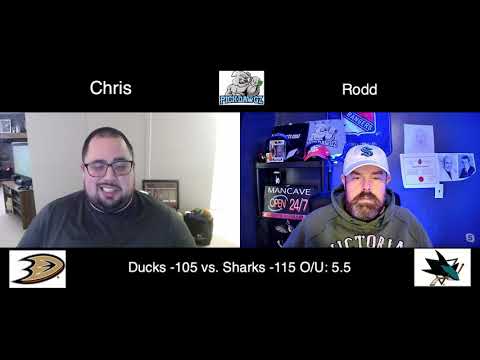